Erika Rogers
I am a Christ loving, homeschooling mom who has a wonderful crazy life. I have a husband I passionately love and 11 incredible kids. Trying to live a healthy lifestyle and help others do the same.


We changed apartments today.  The one we are in now is much closer to the river (yeah!) and our favorite restaurants (YEAH!!).  We were picked up a little earlier this morning so that we could bring everything to the new apartment before we left for the orphanage.   After dropping off all of our worldly possessions, we went to a different market for our daily fruit pick-up.  We grabbed our required number of peaches and off we went.  After going through the normal food inspection routine, I think the nurse likes us, we waited for the kids to come in.  Since it was a cool morning we decided to play outside for a change.  A group of volunteers had recently finished adding some ramps to a giant playground set so that all the children could have access.  Jessa had so much fun stomping up and down the ramp.  We finally got her to slide down the slide … she didn’t seem overly impressed.  Caleb was content to just wander around with me for a little while, then have a seat on one of the benches and look around.  We think he may have some trouble seeing right now and probably needs glasses.  When we went back inside it was banana time!  As usual, Jessa finished her banana in just a couple of bites.  Erika was feeding Caleb his in some fairly large pieces in order to try and stimulate the chewing reflex.  While he didn’t actually chew, he did pause before swallowing which is definitely a step in the right direction.  Erika started placing the pieces deep in his cheeks to make him use his tongue to manipulate the bites so that he could swallow them, also good practice for chewing.  After the bananas, we broke out the balloons.  Jessa does not like balloons!  She wouldn’t come anywhere near them and it didn’t matter if they were inflated or not.  Caleb thought they were pretty cool.  I think he could see them because of the bright colors.  One of the things he really seemed to like was when I put a balloon against his ear and tapped my fingers on the outside of it.  I got several smiles that way.  He also had fun when I would bounce the balloons against him; unfortunately, like so many other things, he lost interest after only a short time.  After the balloons, Jessa and I were looking at a book while Erika and Caleb went for a walk in the hall.  I was able to get Jessa to start identifying the pictures of men as “Man” and the pictures of women as “Lady”; we’ll see tomorrow if she remembers.  Erika and Caleb finished their hallway walk, or so Erika thought.  That little guy decided that he did not want to come back in the room so every time that Erika got close to it, he would reach out and close the door!  She made several attempts to get him back in, but he was as determined as she was.  That was the most definite and determined action that we have seen him perform thus far.  Erika and I swapped out and I took over Caleb and the hall which is when I met … the Wheelchair Posse!  This is a bunch of 8-12 year old girls, all in wheelchairs for various reasons, who patrol the hallway like a biker gang.  They rolled up to me and their leader said “priviyet” which is like “hi” in Ukrainian.  I answered “priviyet” and smiled.  She then hit me with a flurry of questions, in Ukrainian of course, so fast that to me it sounded like all one word.  I shrugged my shoulders and held my free hand out palm up in the intergalactic sign for “What?!?” and said “priviyet?”  I thought that they were going to hurt themselves they laughed so hard!  Then there “leader” said to her gang “Amerikanski” which started the laughter all over again.  And that became the game.  She would question me in an ever more mirthful manner, I would shrug and look confused, and she would state “Amerikanski” and the Posse would break out in laughter.  We must have done this a half dozen times.  By then Caleb was getting to his usual “I’m done” behavior so I brought him back into the room so we could wait for the caregiver to come and get him.  When she showed up Erika, through Luda, explained his behavior to the caregiver.  Her response was along the lines of “Of course he wants to come back to the groupa, 11:30 is snack time”.  Mystery solved.  We had lunch today in a restaurant that recently opened.  I had rabbit, Erika had borsht, and we shared a Greek salad and a really delicious potato dish.  We seem to be falling into the Ukrainian eating pattern of moderate breakfast, large lunch, and light dinner.  I’ve heard so much from the other RR families about the “Ukraine Diet” and how effective it is at knocking off 5, 10, and even 15 pounds while you are in country.  All I can say is that it either doesn’t work for guys, or I’m doing it wrong ‘cause I’m heading in the other direction! After lunch I went back to the new apartment while Erika got a Ukrainian style pedicure.  Luda recommended that Erika go to the shop that she uses.  90 minutes and $10USD later Voila!! Purty Toes!  This is one of the reasons that I recommend that you set up a separate account before you travel.  Erika’s toes, my suit, some chocolate for our driver’s wife (today’s her birthday; remember that gratitude thing …?), and our trip to our old orphanage all comes from our personal account (the trip comes from our family vacation fund).
Our new apartment has one thing that our old one did not … a Can Opener!!!!  Oh yes, pineapple slices, tomorrow at breakfast you are mine!!! MUWAHAHAHA!!!!!!!!!
Posted by Erika Rogers at 5:30 PM 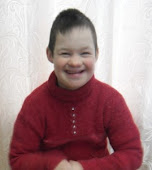 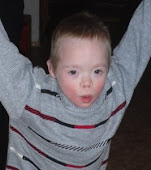 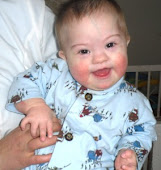